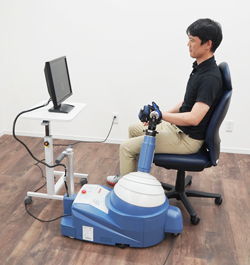 Department of Occupational Therapy, College of Health and Human Sciences, Osaka Prefecture University, Japan conducted exploratory research which was aimed to examine the impact of robotic assistance level in the upper limb rehabilitation of stroke survivors. Upper limb motor recovery is always a big challenge for rehabilitation professionals and also for the patient. In the past, there were so many theories proposed by many pioneers in stroke management however many of them failed and currently functional rehabilitation is proved most effective in upper limb rehabilitation as it emphasises meaningful task-specific training and practice-based learning.

Advances in technology like robotics have made the therapist work easier, by assisting patients in doing guided limb movements and practising the same with more repetition. However, there is a contradicting opinion regarding the level of assistance that is ideal for a better prognosis. This is evident when Takashi Takebayashi and colleague mentions that “robotic therapy can produce better upper extremity recovery compared to conventional rehabilitation remains unclear”

To answer this controversy a retrospective sub-analysis of a previous study was conducted. Takashi Takebayashi and colleagues selected an experimental study performed with 60 participants who were selected from 715 stroke patients of a wide age range using specific selection criteria, from six rehabilitation hospitals in Japan, during November 2008 to April 2010. The researchers randomly allocated the selected patients into two groups, one receiving maximally guided robotic therapy and the other self-guided minimally assisted robotic exercises. In addition to collecting a detailed history of individual patients, performance-based impairment; upper limb motor functions and temporal performance of upper limb were also measured using standard outcome measures before and after 6 weeks of intervention.

Past research has suggested that maximal assistance using robotics may hamper the voluntary efforts generated by the patients and hence the assistance level should be within a tailor-made limit. As this claim is also contradicted by a few researchers, Takashi Takebayashi and colleagues wanted to solve the puzzle. So, they categorised the patients into high robotic assistance and little robotic assistance, based on the amount of external support and guidance offered by the robot.

Both the groups underwent intervention for 6 weeks period and for avoiding bias a specialised person, who was blinded to the study, was used to conduct all the outcome parameters. The subjects were divided into many clusters among which the severity of stroke manifestation was the predominant one. The subjects were divided into mild to moderate groups and moderate to severe groups to understand whether there was a difference in the contribution of robotics among them.

The findings in their study demonstrated that the intervention group comprising stroke survivors with severe-to-moderate stroke severity (FMA < 30) showed significantly better improvement in UE function and performance than the control group with the same severity. Interestingly, the stroke survivors with moderate-to-mild stroke severity (FMA ≥ 30) in the control group showed significantly better improvement using the same outcome tools compared to the intervention group.

The researchers quoted from the study results that “to maximize the improvements of the affected UE function in sub-acute stroke survivors, the robotic assistance may need to be increased in patients with severe-to-moderate paralysis and decreased in patients with moderate-to-mild paralysis, to improve the performance of voluntary movements as much as possible”. Hence the research highlighted that selecting the level of intensity and assistance level offered by robotics is highly technical and professional, and hence using robotics needs more expertise and patient assessment. The researchers also bring to light the varied results produced by the end-effector and exoskeleton-type robotics, however, the researcher employed the end-effector type of robotics for his research and have produced this novel result.

The researchers draw support from previous studies that have stated that robotics can enhance the activation of the sensorimotor cortex during the intervention period and thereby improve motor performance significantly. The authors hypothesise that the changes that have happened among the participants might be because of the Hebbian plasticity. Having said this the researcher also advises future results to concentrate on proving the same using more objective tools like functional magnetic resonance imaging using larger samples. 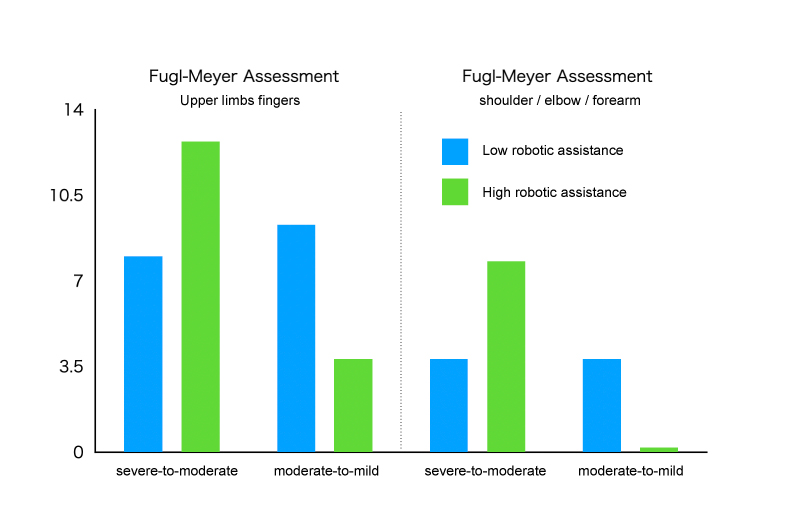