Development of an environment to support female researchers

In addition to promotional activities, the center provides direct support for researchers.

Research support personnel system and support for working at home

The assignment of research support personnel helps researchers who have difficulty in securing enough time for research due to pregnancy, child delivery, childcare, and the nursing care of family members. Measures to support researchers working at home include the rental of personal computers installed with a webcam.

The center offers counseling opportunities to female researchers, staff and students to help them resolve any worries or problems they may have.

The center implements initiatives to promote understanding of female researchers continuing their work. 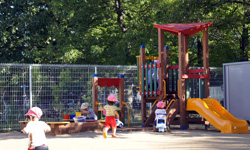 The center is engaged in developing career paths that enable women to be active in their research, and increasing the number of female students who hope to study science.

Seminars on English thesis writing, and for obtaining outside funds

Developing an environment to facilitate networking among female researchers 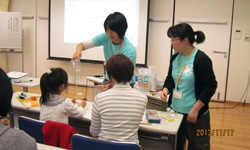 Based on this basic philosophy, and under the recognition that diversity is the very driving force of future education and research, OPU established the Basic Principles for Promoting Diverse Human Resources in order to provide more opportunities to young researchers, international researchers, and female researchers. We have worked to establish an intellectual hub where “diverse” people gather, develop themselves through friendly competition, establish new knowledge by “fusing” values, and share this knowledge widely with the “global” society.

The Japanese government, in the 4th Science and Technology Basic Plan, mentions that promotion of female researchers is “very significant for not only the enhancement of gender equality but also to demonstrate organizational creativity by adopting various viewpoints and ideas and stimulating research activities,” and expresses its intention to improve the environment for further appointment of female researchers and promotion of their activities.

To create an intellectual hub that will be trusted by local communities as a public university, based on the above-mentioned policy of the Science and Technology Basic Plan, it is necessary for us to further enhance our initiatives to realize gender equality, using the female researcher support program as a good opportunity.

Osaka Prefecture University hereby declares that it will make every effort to develop a better learning environment where teaching staff and students, regardless of age and gender, can fully exercise their skills and play an active role in society, while giving adequate consideration to work-life balance, thereby proactively promoting gender equality.